Hi Paul! My Beko OIF21300B Electric Single Oven is not heating, when I first turned on the cooker it tripped out a few times. Now the cooker turns on and the display lights come on but the cooker does not seem to work and start heating up. Can you help? 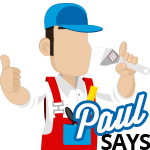 For your future reference I’ve included some Common faults with these Beko OIF21300B Single Oven cookers to assist you in the future or anyone else reading this.