How to change a fan oven element-General guide.

How to change a fan oven element General guide

Your fan oven that has stopped heating up is one of the most common oven problems that oven repair & cooker repair engineers are called to in the house. In most cases it is simply a faulty fan oven element.

If you call the manufacture or employ the services of a cooker repair company to replace an oven element is going to cost you in the region of £50 – £125 depending on the company.

We will not only show you in our video how to change the part for free, we will also show you the really cheap way of finding the element around these instructions. 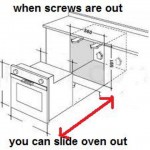 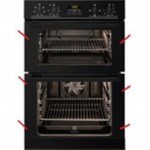 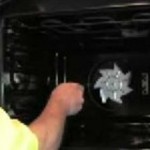 Whether your oven is built in or freestanding, a single or double oven, it makes no difference as the procedure is the same. The first step of the repair is to remove the ‘back-plate’ from inside the fan oven. This is to establish if the cooker or oven will need to come out if it is in a built in unit.

Remove oven when screws are out.

Elements used to heat fan-assisted ovens are, in most cases, located at the rear, behind the back plate. Back plates vary in how they are fixed in place, but normally they are held in by between screws or alankeys.

Taking out the back plate

Once the back plate has been removed the fan oven element and the fan blades will be exposed.

In many cases cooker elements will show visual signs of failure; there may be signs of burning, blowing, bulging, or splitting, in a particular area of the fan oven element. This is confirmation that your oven element needs replacing.

Be aware, however, that in many cases there will be no obvious visual signs of failure whatsoever. (You can test the element with a meter) With the element exposed It will also now become apparent if you need to gain access to the rear of the oven to remove the element.

In most cases there will be no need to remove the oven in order to complete the repair. If the element is simply screwed in place with the screw heads showing then you are in luck. It is just a matter of removing these screws or alankeys and disconnecting the wires.

In these circumstances once the fixing screws have been removed the element will come away from its position. Be careful not to accidentally pull off the electrical wires that are connected to the element as you pull the element free. In some instances manufacturers leave hardly enough wiring which can make it difficult to remove the connections.

If you happen to pull off a connection, the wire may remain in the rear of the oven and you will have to gain access to the rear. I normally put some tape on to hold the in place.

If the element has been secured by screws from the rear of the cooker cavity then the oven will need to be removed from its housing (built in ovens only) in order to remove the back cover. The screws holding the cooker element in place can then be removed easily. 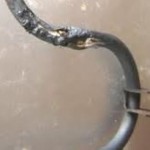 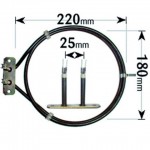 Always ensure that you make a note of which way round the wires are connected to the oven element before you remove them. Most manufactures recommend that you replace your element with a genuine part that will cost you a fair bit. In my 25 year experience most pattern elements that are made are fine and will last just as long, they are normally the same make but come without the pretty manufactures bag or box.

Tagged under: how to replace fan oven element, oven not heating, oven tripping the electrics

54 Responses to “How to change a fan oven element-General guide.”