Washing machine pressure switch, how to fit, replace and Diagnose the fault related to it

Washing machine pressure switch, how to fit, replace and Diagnose the fault.

If you can´t find it, please Contact Us with your Full Model Number and we will do the work for you! 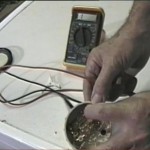 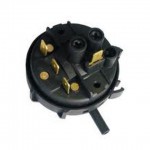 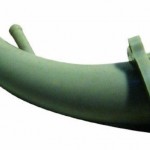 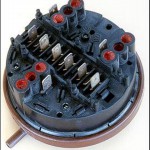 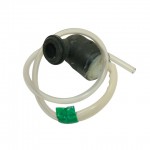 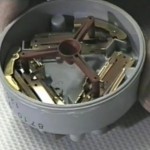 The Washing machine will not go into spin; it turns as though it wants to but then stops.

The most common cause for this is the pressure chamber being blocked, or the pressure switch not resetting, either way the machine thinks it still has water in it and will not go into spin. An easy way to check is to remove the hose connected to the pressure switch blow into it and listen for clicks depending on what level settings it has will depend on how many clicks there are, this will happen the instant the hose is removed so be aware, if you hear a click it means the switch has reset so the chamber is possibly blocked but if there is no sound then either you missed it or the switch is at fault. To test the switch you may have to remove it because you will need to blow into it and listen for one or more clicks as the different levels set. Be aware that some of the older machines have multi level switches, whilst the newer ones only have a single level.

The pressure switch controls the fill valves, and in some cases will prevent the motor from going into spin. It operates via an internal diaphragm which triggers one or more switches (depending on the type of pressure switch). Water entering the drum as the machine fills gradually fill the pressure chamber and traps the air already in it. As the water level in the drum rises so the pressure on the air increases, this air is then forced up a small bore tube which connects both chamber and switch. When the correct pressure on the internal diaphragm is attained the corresponding switch is activated.

You have to wait a long time for the door to open after a wash.

It could be the pressure chamber is blocked, if so you will probably notice more water in the machine and the cloths coming out wetter than usual. Removing the pipe from the pressure switch and blowing down it may resolve the problem for a few washes but the chamber will need to be removed and cleaned properly for a lasting solution or you might have a separate pipe going to the door lock which might be blocked but you will also need to see other tutorials on washing machine door interlocks.

Washing machine is over filling and may be flooding your kitchen

The problem here is the pressure switch is not operating, this can have a number of causes, either the switch is faulty, there is a hole in the pressure pipe or it has come off, or the most common reason is the pressure chamber is blocked. To check the switch you have to blow into it and listen for one or more clicks, if you hear them it’s fine, a close inspection of the hose should tell if it is OK or not, whereas the chamber has to be removed and washed out to clear it. If it was screwed on then it will go back in the same position but if it was held on by a clip or glued in place then make a note of the hoses location because if it was put back wrongly positioned you could have more water in the drum than needed resulting in a flood.

26 Responses to “Washing machine pressure switch, how to fit, replace and Diagnose the fault related to it”