How a washing machine door lock or interlock works

This video will explain how a washing machine lock or interlock works and how to test them.

How can you tell if a door interlock is faulty?

Understanding how a door interlock works helps you decide if it is faulty or not.

Washing machines must have some way in which you can lock the door closing mechanism when the machine is started up and then unlock them with a certain delay (normally two minutes) after the current has switched off via the program or on/off switch, in order to ensure that the door cannot be opened while some of the components are still rotating initially (in particular the motor and the drum of the spin-dryer).
When you shut the door, the latch on the door pushes inside the door lock onto a sliding bar which moves over and activates an electrical part inside which locks the door shut. At the same time, power is passed through the interlock on to the rest of the machine. The actual latching shut of the door is a simple spring-loaded mechanism where the latch just slips into the door catch and the door stays closed. Locking the door is a separate process.
The locking of the door. 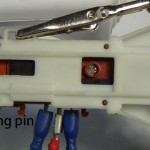 locking pin on a washing machine door lock or interlock

Washing machines have a bi-metal strip inside the door lock which is heated by PTC Heater (resister) when live and neutral are activated on to the pcts it heats up and bends the bi-metal strip which then moves the arm to activate the common terminal and push a pin into the closed door to lock it in place. Once this has happened (usually a second or so see video) the power then can flow through to the common wire, and therefore on to the rest of the machine allowing it to start.
The only test you can do without a test rig is to check the PTC Heater on the live and neutral you might expect to get a resistance reading of something like 1000 Ohm but this can vary depending on manufacture of the interlock and the condition of the PTC, 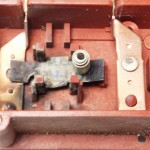 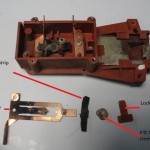 The parts of a lock 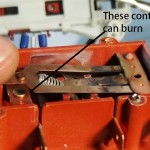 Faults to look out for

Please note not all interlocks are the same and wiring will differ from manufacture to manufacture.
Do not assume anything about the wire connections on your machine unless you have the wiring diagram. They may be in totally different positions on different machines. Unless the connections are marked Live Neutral and Common you would need to work it all out with a continuity test meter. If you get the wires the wrong way round you can blow the device and possibly blow the PCB or programmer. It may be possible for a fourth wire on some lock to carry power to an LED which may indicate that the door is closed and the interlock activated. 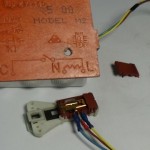 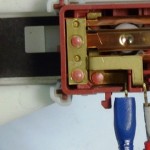 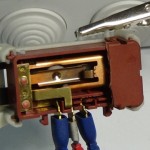 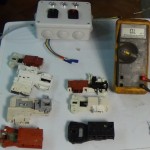 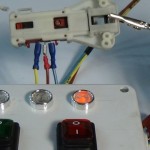