How to replace a grill element on an Aeg or Electrolux cooker or oven.

This video is on How to replace a grill element on an Aeg or Electrolux cooker or oven. 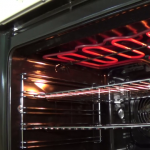 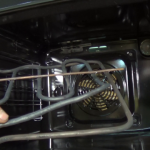 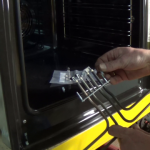 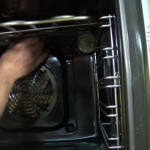 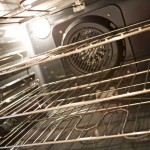 Before you begin isolate the oven or cooker from the mains power and make sure that the power is off. Test the appliance when switched off (with a multi meter) so that you do not have any voltage as switches can sometimes be faulty.

Sometimes you do not need to remove the appliance from the kitchen housing as the grill can come out from within the oven. But on a lot of cookers and ovens you will need to take the back of the cooker to access the screws that hold the grill in place see the video on this.

If you have a built in oven it will have to be removed from the housing in order replace the grill element. Many people think this as a daunting task thinking that it is hard to remove the oven from its housing but, in almost every case it is simple.

Most ovens are secured into the oven housing by way of either two or four mounting screws just inside the oven door; on the lip then you slide it out.

If you have a free standing cooker then you will only have to remove the back when disconnected from the eclectic supply.

On both types of cooker or oven you will have to remove the backs on these to access the wiring and remove the nuts to take the grill element out.

You will need to remove the wiring on the element so for single grill elements this is not so important as there will only be a live, neutral and earth connection but on more complex elements with 4 or 5 terminals you need to put them back on correctly.

10 Responses to “How to replace a grill element on an Aeg or Electrolux cooker or oven.”